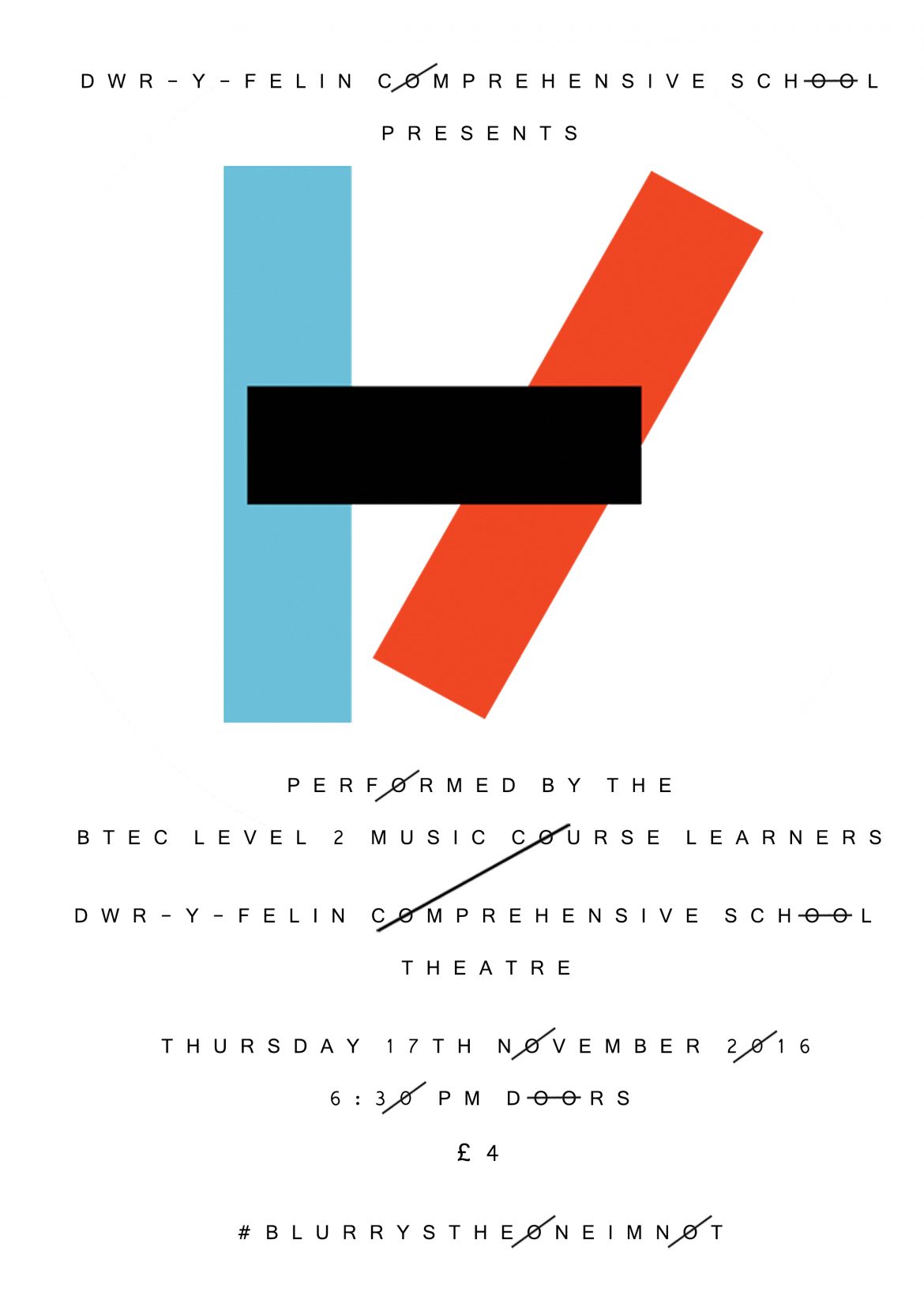 The music pupils in year 10 are putting together their own gig as part of their BTEC and GCSE music courses. The second half performance is entirely a tribute to the music of ‘Twenty One Pilots’. Thursday 17th November 6:30pm School Theatre £4.

Congratulations to Ruby McNab (year 8) for passing her grade 3 flute exam with a distinction.  Ruby has only been playing for just over a year so this is an excellent achievement. Congratulations also go to Ewan Partington (year 10) for passing his grade 8 clarinet exam with a distinction.  Ewan has been working hard over the last year and has also successfully gained a place on the Six Counties Youth Wind Orchestra. Well done to both!        …
Read more

City and County of Swansea and Neath Port Talbot County Borough Council Consultation document Proposal This consultation is a proposal to end the ‘West Glamorgan Music Service’ (WGMS) with effect from 31 August 2016, and to create a single music service in each local authority under a Service Level Agreement (SLA) with schools (and with the college in Neath Port Talbot). You are invited to comment on this proposal. Please click on the link to the WGMS consultation document below for…
Read more

On Saturday 16th January Dwr-y-felin Music Department were part of a special screening of the hit film ‘Pride’ in the Gwyn Hall Neath organised by the British Film Institute (BFI) for the ‘Britain on Film Special Screenings’. The film is set in the summer of 1984 during the Miner’s Strike and at the same time there is the Gay pride march taking place. Mark Ashton along with friends from ‘Gays the word’ bookstore take note of the miners struggle and…
Read more

The Festival of Music last night was fantastic! A big thank you to all staff and pupils that were involved but especially Rachel and Hywel. Our pupils were an absolute credit to the school. Parents, family and governors said it was one of the best concerts yet! Well done all. Sue Handley (Headteacher)