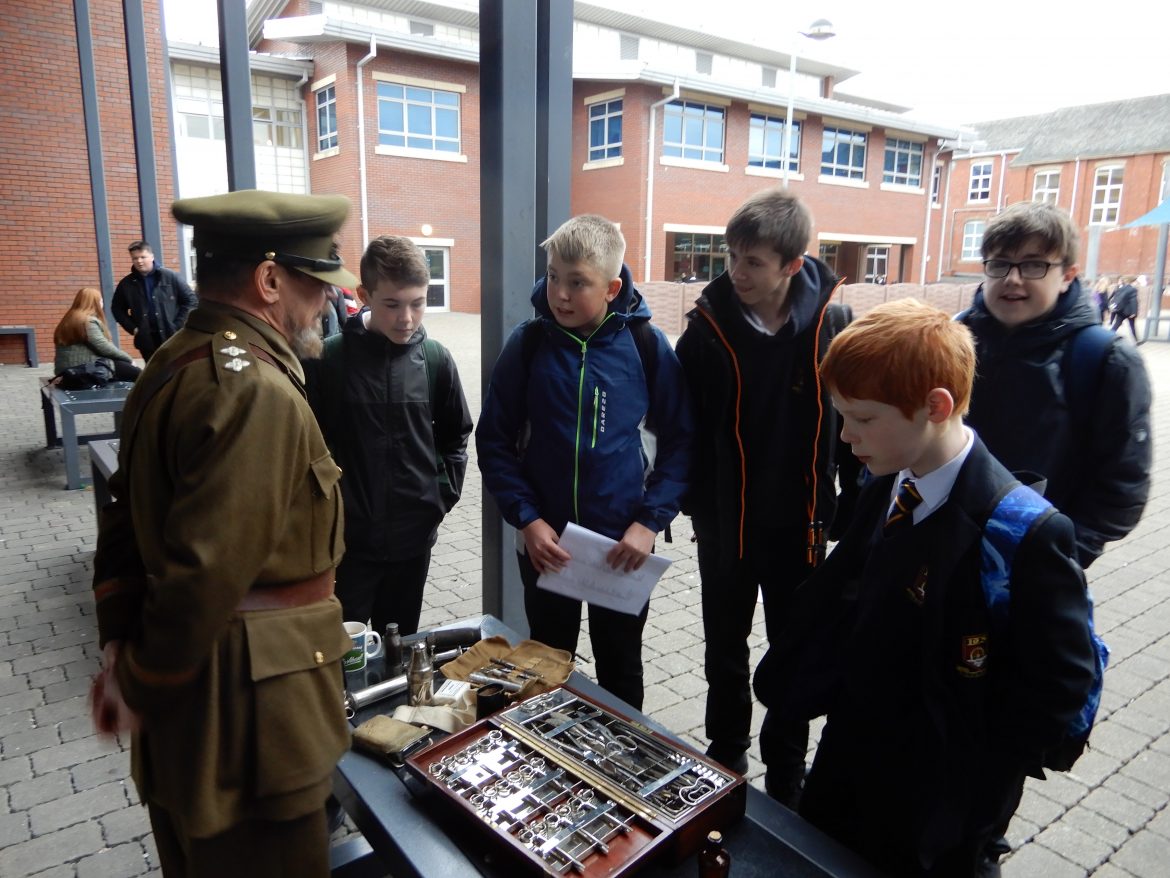 This term our pupils had the opportunity to learn even more about the First World War and the hardships faced by British soldiers. The History department has been successful in securing a grant from the Welsh government in order to commemorate the centenary of the end of the First World War and this has allowed us to work with other organisations in delivering extra sessions to our Year 9 pupils.

On Tuesday 20th November we welcomed members of ‘Yeoman’ to school. Two visitors, dressed in First World War military uniform brought weapons and surgical items to show our pupils. During breaktime and lunchtime they had many artifacts on display and were interacting with our pupils. Interested pupils were able to approach them and ask questions. They had the opportunity to handle original artifacts and try on some items of clothing.

In addition to this, there were two teaching sessions where pupils had the opportunity to gain further knowledge of cavalry and weapons used during the First World War, along with a very interesting and informative explanation of the medical techniques used on injured soldiers.

The day gave our pupils a fascinating insight into some of the realities of the Great War.

Thursday 22nd November saw further teaching sessions delivered by ‘Firing Line’ an organisation based in Cardiff castle. All pupils in Year 9 took part in sessions where the focus was on the life of the tommy, the journey from recruitment to life in the trenches and then returning. They discussed poetry, shellshock and also remembrance and our pupils had the opportunity to try on different uniforms and handle very interesting artifacts including a ‘trenching tool’ and a Death Penny’.

Both days have proved to be extremely beneficial to our pupils who enjoyed the experiences and also learned a great deal.