Commemorating the centenary of the end of the First World War 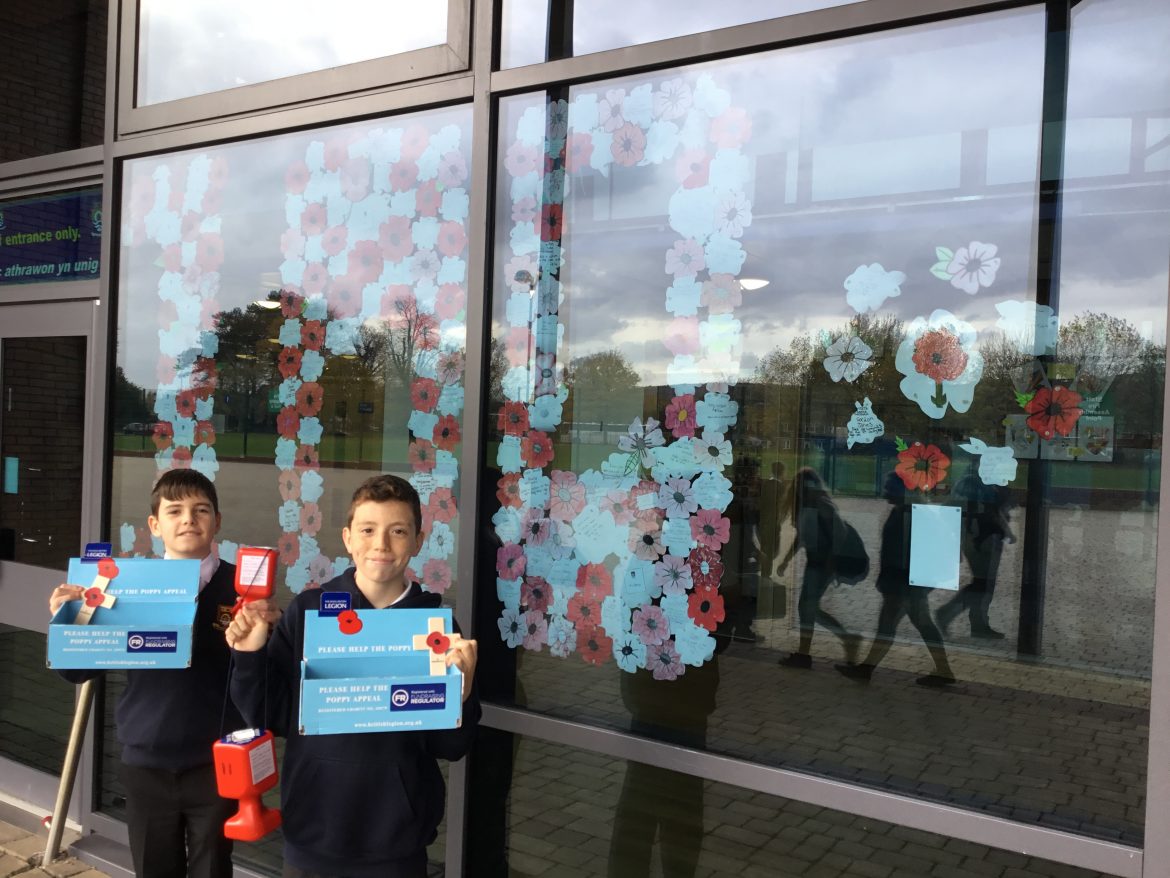 We have been commemorating the centenary of the end of the First World War all this week.

We have been proud to see so many of our pupils purchasing poppies from our poppy sellers and wearing them with pride. Each year group has had a special and thought provoking assembly. They have been reminded of why we should all be so grateful to all those soldiers who gave their lives during the First World War, and in subsequent wars.

Many pupils have coloured in a paper poppy and recorded the name of a fallen soldier on the back, and these have been put together in a striking and touching display. This adorns some of the windows of the main entrance of the school. It has been lovely to see so many pupils stop and read the names on the display between lessons and in their breaks.

The whole school observed a minute’s silence this morning and a small remembrance service took place at the site of our ‘Book of Remembrance’. This book displays the names of ex-Neath Grammar school pupils who lost their lives in the First World War. Their names were read out, along with the names of ex-pupils who lost their lives in the Second World War. ‘The Last Post’ was played and we observed a minute’s silence while one of our Senior Prefects placed a remembrance cross on the book.

It has been a very poignant week with a strong message being passed onto our pupils.

You can see more photos of the ceremony here